Last night was the live showing of the 2016 BET Awards. This year was very different because it not only aired on BET, but on Nickelodeon, Spike, VH1, Comedy Central, and Centric.

The hilarious Tracee Ellis Ross and Anthony Anderson returned to give more parodies and anecdotes, but that’s not what stole the show.

The top 3 memorable moments on the BET Awards are:

Beyonce opened up with a FIERCE performance that only Queen Bey can do. Her dancers were all the way in Formation as she graced the stage to sing her break every chain song, “Freedom”. But the performance wasn’t complete without King Kendrick at her side to give his awakening rap verse. As the two splashed their way through the stage, they gave the crowd the ammunition to be Proud To Be Black *inserts black fist emoji* 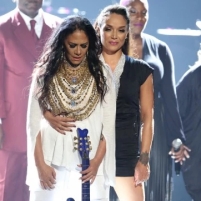 The BET Awards gave a Prince tribute that the world would never forget! With performances from Janelle Monae, Jennifer Hudson, Erykah Badu, Maxwell, and more, the night was a true success.

Bilal gave a Prince-like tribute that Prince, himself, was bowing down from heaven.

Although everyone who contributed to the tribute did an excellent job, the most electrifying piece of the tribute was Sheila E. Sheila performed doing her 80’s M.O. killing the drums and dancing along with Jerome. But the crowd was super surprised to see Prince’s ex-wife, Mayte, dancing along Sheila E and the two embracing each other once the tribute was done.

Now this was a TRIBUTE! The audience, plus those at home, will never forget the tears they shed and the impact Prince had on all of our lives. May he continue to Rest In Peace.

Now for the last memorable moment….. 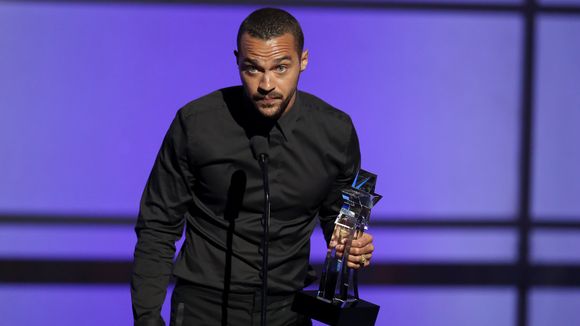 Actor Jesse Williams gave the most electrifying and truthful speech that anyone could ever hear. He let the entire world know that just because he is biracial and an actor doesn’t mean he doesn’t know his history and what’s needed to be done about the current oppression that is happening today. Don’t let the doctor coat fool you, this man KNOWS his stuff.

His most memorable quotes are:

“Calling our creations ghetto, then stealing it.” *inserts tea emoji*

“If you have no interest in equal rights for Black people then do not make suggestions to those who do. SIT DOWN!”

And my favorite….. “Just because we’re magic, doesn’t mean we’re not real!”

THE REVOLUTION WILL BE TELEVISED!